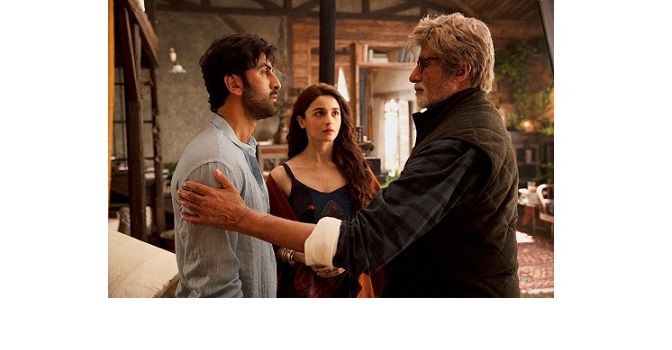 Brahmāstra – the Trilogy, is a three-part film franchise and the beginning of India’s first original universe The Astraverse. Brahmāstra: Part One, is the story of Shiva played by Ranbir Kapoor, a young man and our protagonist, who becomes one of the most powerful and deadliest Astras (weapons) as he fights the evil that threatens to completely destroy the Universe we know it today.

The Brahmāstra craze officially started with the love anthem of the year ‘Kesariya’, that garnered immense popularity with just a teaser, followed by an impeccably positive and soul-stirring second track in the album ‘Deva Deva’, which took over the Bollywood musical charts for weeks. Further expanding the celebrations, the foot-tapping dance anthem of the year ‘Dance Ka Bhoot’ earned more than 1 million views on YouTube within a couple of days.

Danube Home launches its all-new My Garden 2023 E-Catalogue
vivo has unveiled the latest additions to its stylish V series: V25 and V25 Pro. With superior photography features, the smartphones have been designed for users who express themselves through photos and videos. The new V25 series will give users the power to embark on a self-expression journey with its stunning camera, powered by high-performance, energy-efficient hardware, all cased in an exquisite body.
Today, OPPO announces the launch of its latest Reno series flagship, the all-new OPPO Reno8 Series alongside a range of IoT products at Dubai’s indoor rainforest, The Green Planet Dubai.
NOLIMIT, one of Sri Lanka's biggest fashion retail chains, aims to break all limits to the fashion choices and trend sets in the U.A.E. Catering to segments that include men, women, and children’s apparel, the brand has creatively fused fashion, work life and affordability within one’s grasp in the ever-dynamic environment of regional economics today. The company’s store opening will take place on 17th September in the revamped Al Ghurair Centre in the UAE.
Danube Properties, the UAE-based pioneer in affordable property development and one of the most dynamic private real estate developers in the UAE, today launches a massive marketing campaign – My Dubai, My Home – to promote home buying and healthy living in Dubai, the best place to live, work, do business and enjoy life.
JOE & THE JUICE FINALLY OPENS ITS DOORS ACROSS TWO OUTLETS IN DUBAI TODAY; ONE MORE OUTLET TO FOLLOW THIS MONTH