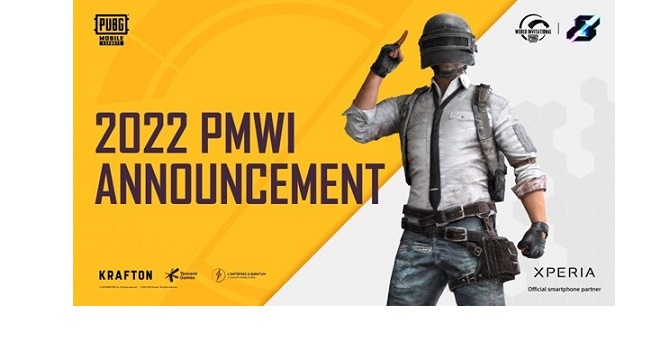 PUBG MOBILE is also pleased to share that the 2022 PUBG MOBILE Global Championship (PMGC) will make a grand return this year, with a prize pool of $4,000,000 USD for competing teams. In total, the prize pool for both global PUBG MOBILE Esports tournaments in 2022 comes to an incredible $7,000,000 USD.

The 2022 PUBG MOBILEWorld Invitational is pleased to partner this year with Gamers8, the biggest gaming and esports festival in the world, and ESL, one of the largest global esports organization and production companies.

Sony´s Xperia is the official smartphone partner for PMWI 2022, ensuring our players can compete at the highest level.

This year, PUBG MOBILE is changing up the formula for the PMWI to bring new and exciting experiences to both players and fans and will hold the event over two weeks. In Week One from August 11th – 13th, all 18 invited teams will go head-to-head in the Main Tournament, competing for $2,000,000 USD from the overall prize pool.

The full list of teams competing at the PMWI Main Tournament are:

Then, in Week Two from August 18th – 20th, 12 teams will take part in the Afterparty Showdown, competing for the remaining $1,000,000 USD. The teams taking part in the Afterparty Showdown will be made up of the top 5 teams from Week One, alongside 6 teams chosen from regions, and 1 special invite! Fans should keep an eye on PUBG MOBILE’s social media channels, as well as in-game, for more information on how to vote for their favourite teams.

“Following the success of the very first PUBG MOBILEWorld Invitational in 2021, we’re thrilled to bring the event back for the second time in 2022. This year, the PMWI will be the biggest and best yet, especially with our new format allowing more exciting opportunities for both our players and fans. Through this exciting new event, we can show the great community spirit that PUBG MOBILE Esports and its talented teams have created,” said James Yang, Director of PUBG MOBILE Global Esports.

PUBG MOBILE is based on PUBG: BATTLEGROUNDS, the phenomenon that took the world of interactive entertainment by storm in 2017. Up to 100 players parachute onto a remote island to battle in a winner-takes-all showdown. Players must locate and scavenge their own weapons, vehicles and supplies, and defeat every player in a visually and tactically rich battleground that forces players into a shrinking play zone.

PUBG MOBILE is available to download for free on the App Store and Google Play Store .

Gamers8, from the creators of Gamers Without Borders, is a global gaming and Esports festival with a mission to blur the lines between what’s physical and what’s virtual. Established to bring the virtual world of gaming and Esports out into the physical realm of Riyadh, the capital city of Saudi Arabia, Gamers8 will be held for eight weeks this summer from July 14 – September 8.

Offering elite and competitive tournaments, entertainment, activities and attractions, incredible music concerts and shows, plus more, Gamers8 concludes with a gaming and Esports summit that brings together sector leaders and experts from around the world.

The elite gaming competitions will host the biggest Esports teams in the world across six different titles with a total prize pool of $15 million, all hosted in a state of the art, purpose-built venue at Boulevard Riyadh City.

Organized by the Saudi Esports Federation, the event is being brought by a series of partners including Mastercard, SAVVY Gaming Group, ESL FACEIT Group, Spotify, and Aramco, each collaborating to provide gamers around the world an experience like no other.